In keeping with the Halloween feel that comes with the end of October, an eerie, dark and unusual show has arrived in Southampton.

1927 bring their show, The Animals and Children Took To The Streets, to Nuffield Southampton Theatres on their UK tour.

Honestly? This one divided my friend Charlotte and I when we saw it. I loved it, and watched enraptured; she wasn’t so keen. I think it’s not for everyone because it’s so quirky; but there’s no denying it is quite the spectacle.

It’s really like nothing I’ve ever seen before; it’s cinema and mime and theatre and comedy all rolled into one. 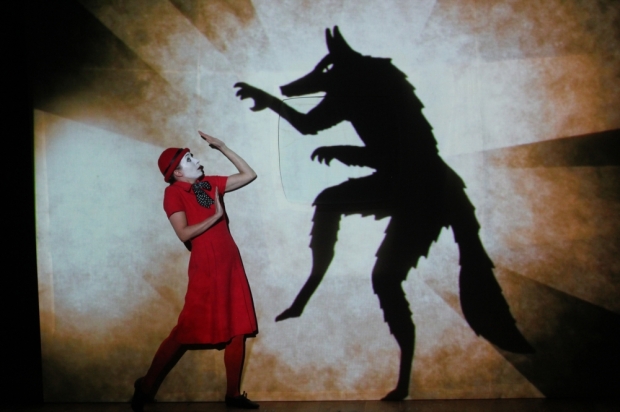 As I usually do, I reviewed the show for Broadway World UK, and this production received four stars from me.

“Imagine if Tim Burton, Lemony Snicket and The Brothers Grimm decided to form an acting troupe. They’d throw in some cabaret, some clever animation, a few moments of dark humour, plenty of troubled and eerie characters, and a dash of mime for good measure.

“What you’d end up with, I am sure, is something like 1927’s The Animals and Children Took To the Streets. Written and directed by Suzanne Andrade, this production twists together retro imagery and animation with cabaret and mime for some elegantly sinister storytelling.

“As the lights dim, we are transported to the sinister outskirts of the City; to the Bayou Mansions on Red Herring Street, where the curtains twitch, perverts lurk, and children run riot. It’s a grim place, covered in cockroaches and mould. As the unscrupulous shopkeeper Mrs Villicar puts it, “If you are born in the Bayou, you die in the Bayou.”

“There is no way out for the forgotten families in this derelict and grizzly place, and no hope for the feral children, who rise up, demanding to take what the prosperous city has for their own.”