I’m hoping my usual autumn/winter evening hibernation ritual will give me more time to write; fingers crossed I’ll be able to whip up more thought pieces and poetry to share with you all over the coming months.

October was a manic month, with barely any time to write creatively due to plenty of theatre reviews and freelance projects…not to mention the fact that my sister only went and got blooming married!

I won’t be going into her personal life on here – that’s not very fair – but it was a wonderful day as expected and very, very special.

So, as you can imagine, helping out with that occupied me somewhat…though I still managed to get a lot done too, somehow.

Here’s everything I loved in October. 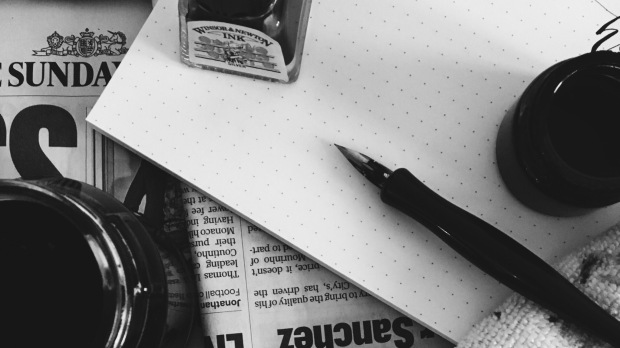 Wicked at the Mayflower

I was treated to a ticket to see Wicked on its UK Tour at Southampton’s Mayflower for my birthday last year by my lovely friends; and in October, the day finally came! I had seen the production once before in London in 2014. This time around, I loved it even more! I had forgotten some of the little details and the performance was pure magic.

I didn’t review this one – this was a little moment between me and my girls! But it really was a fantastic evening.

Another show I went to and didn’t review. I think I spent the entirety of October in the Theatre!

I bought myself a ticket to see the brilliant Sara Pascoe as a treat; and I made the decision to go to the theatre alone, as a little challenge! Sara was hilarious, and my first solo theatre experience was a success – I may even write a bit more about it soon.

God, I bloody love comedy, even moreso if it’s live – and filled with the marvellous meandering thoughts of @sarapascoe. Fantastic evening watching her at @NSTheatres on her #LadsLadsLads tour. That cured the Sunday-night blues for sure! pic.twitter.com/tJvQy7dd5g

I saw Frantic Assembly’s The Unreturning at NST, and gave it a very well-deserved five stars. This was really something special, and one of my favourite shows of the year. As is the norm nowadays, I reviewed this show for Broadway World UK.

This really was different. Created in about three weeks by comedian and clown Elf Lyons and the Lab team at NST, this show was a reimagining of the story of Medusa, which I could see would be a real hit at the Edinburgh Fringe! You can read my four-star review of it on Broadway World UK.

I also had the chance to interview Elf before the show and, despite dealing with some pretty bad physical and emotional pain, she was so friendly and fascinating. You can read my interview with her online too!

I had no idea what to expect of this; a show with puppets and whimsical characters! But it charmed me and I even ended up shedding a tear or two. Another four-star review from me on Broadway World UK.

I didn’t watch last year’s series; not just because it had moved and changed (I don’t like change…) but because I felt like it had just been on for so long, it had lost its magic.

I actually got sucked into watching it this year and really enjoyed it! I wasn’t as invested in it as I have been in the past, but it was enjoyable, and though I wasn’t #TeamRahul (I wish he’d relaxed and enjoyed it!) it was a lovely ending.

I had no idea what to expect from @WeAreKneehigh’s #FUP at @NSTheatres tonight, but it warmed my heart so much! I laughed, cried and joined in the party. What a lovely (not so) little production! #NSTCampus #Theatre pic.twitter.com/rxXVDwQ5yE

The Party by Elizabeth Day

I love Elizabeth Day’s podcast How to Fail, and so couldn’t resist making her book the next one I took out of the library. At first, I wasn’t a fan; but then I became gripped and started to love-to-hate the imperfect protagonists. I highly recommend this if you love uncertainty and a story that slowly reveals the truth through unreliable narrators.

The Last Romeo by Justin Myers

Justin read out a section of his debut novel, The Last Romeo, at an event I attended in April this year, and it was firmly added to my TBR list. Thankfully, my library had it! This was a light and lovely read, navigating the worlds of blogging and online dating and the mess they can put you in – especially if combined. I really enjoyed it and would recommend!

Enjoying spending some time with Romeo before getting my locks chopped #amreading #thelastromeo pic.twitter.com/fj6Rd7EItG

Brunch at The Ivy, Winchester

I finally had the chance to visit The Ivy in Winchester for my friend’s pre-wedding brunch in October! The decor was gorgeous and food, delicious. The Eggs Benedict came with chips without me even asking, and the prosecco flowed. I’d love to go back to try more of the menu.

Today is three weeks ‘til our friend’s wedding; what better excuse for bubbles and brunch at the gorgeous @IvyWinchBrass?! ✨ pic.twitter.com/cocDc5VKXZ