A woman in virginal white arrives on a simple visit to see her sister in New Orleans. The luggage she carries with her – both literal and figurative – tips the small community of Elysian Fields upside down, threatening the relationships and balance within.

Tennessee Williams’s classic piece, A Streetcar Named Desire, has arrived at Nuffield Southampton Theatres. A modernisation of a timeless text, this brand new production is the second in NST’s inaugural season at the City venue, following on from the success of The Shadow Factory,  and is a co-production with Theatr Clwyd and English Touring Theatre. 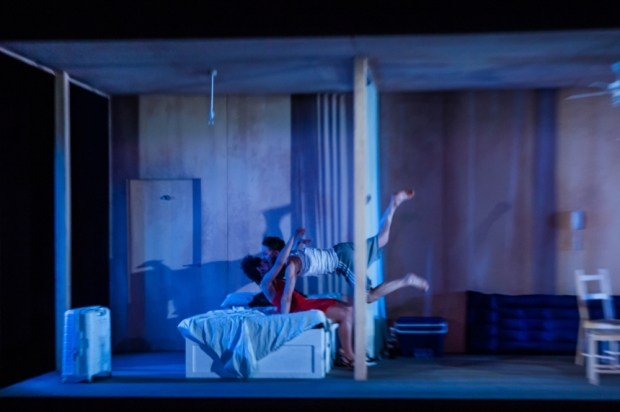 We are thrown into the hot and heady streets of present-day New Orleans; you can practically smell the hot roads, sweat, and testosterone as you are swept through the summer months by a fiercely talented cast as the story unfolds, like clothes peeled from skin, exposing vulnerability and naked flesh.

Streetcar is one of my favourite plays, harking back to my A-Level days when we studied it intently. This is a tragic tale of toxic masculinity, vulnerability, and mental health. We are told the story of Blanche Dubois, a woman from a wealthy family, who visits her sister, Stella, and brother-in-law, Stanley Kowalski – a primitive, temperamental and volatile man and king of his own, small, ramshackle castle.

As time moves on, tensions rise along with the heat of the seasons; we watch as Blanche’s past comes back to haunt her, and she her life unravels along with her mind. Secrets are revealed, boundaries are broken down, and relationships are torn apart.

The entire performance was gripping and captured my imagination from the very beginning. It’s a clear indication of an incredible performance when you forget where you are, and find yourself fully immersed in the story unfolding before you. It’s not often this happens to me, but while watching Streetcar I lost all sense of time and location. I came to at the interval realising my mouth had been gaping open in focus and captivation –  a good theatrical experience should leave you with a dry mouth and damp eyes.

The cast is marvellous and full to the brim with talent. Kelly Gough is outstanding as Blanche. Her portrayal of a vulnerable, clever, broken woman teetering between sanity and delusion is superb, and it was clear that she puts her all into the role. She was a whirlwind and particularly shone in the first part of the performance, though the pain she exudes after the interval was gut wrenching and powerful.

Patrick Knowles as Stanley is also fantastic; he is every inch the believable brute, and wages a war with all that stands in his way.  His bellowing is impressive and spot on, and translates this character into modern-day with ease, proving that the figures we see in a play written in the 1940s are equally as familiar today.

Stella – played by Amber James – is clearly torn between two parts of her life and plays her part with real skill. I also loved Dexter Flanders’s Mitch; a really understated character, delightfully ordinary and caught up in Blanche’s turbulent life. Dexter’s acting is excellent and though he was quiet next to the brashness of Stanley’s character, he still stood out. I can’t forget Maria Louis’s Eunice too, who is witty and full of sass. 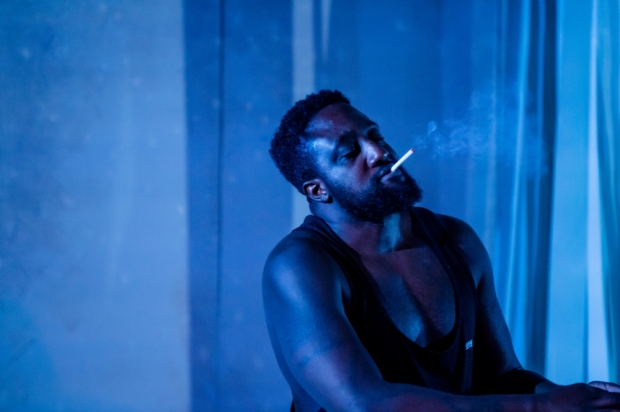 The staging and sound are excellent, too. The show features original music by jazz artist Nubya Garcia, which is truly special and adds authenticity as well as some powerful ambience which sets the mood and tone. The simplicity of the set is something I really love; with different levels to be played with and the bathroom as the only place Blanche has to hide – her haven and sanctuary, it’s a stage that tells the story as much as the dialogue and action. Indeed, when barriers are broken down at the end, and Blanche is left exposed, the stage breaks down with her, which works incredibly well and provides a great effect.

This is an incredibly raw and gritty production. It explores so many topics and is open and honest and realistic. I feel I should add quickly, on this note, that the show does contain scenes of a sexual nature and some which some may find distressing, as some of these scenes turn violent. Maybe not a show to see if this may be triggering or upsetting, and certainly not for the under-14s. 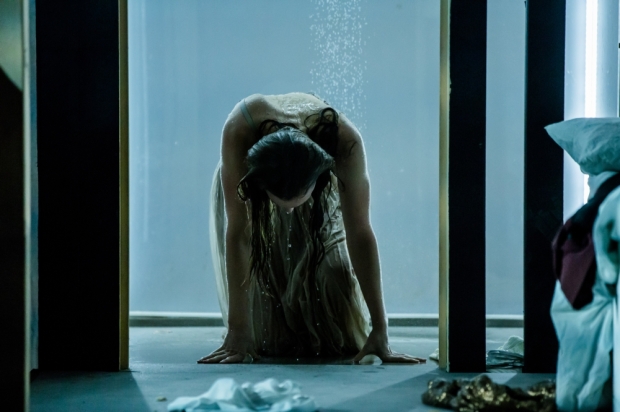 For me, some of this was a little hard to watch, but the brutal reality of it and the no-holds-barred approach really adds a painful poignancy to the performance which contrasts beautifully with some of the more light-hearted moments; the dancing, the music, and the relationships between siblings and spouses.

I do not remember the play containing humorous moments when I studied it, but there were times when the audience was laughing; quips, exchanges, and relatable dialogue which ensured that we would be able to relate to the moment and made the figures on stage even more real and believable.

I will also never listen to Blondie’s Heart of Glass again in the same way.

This is a play which explores the domestic violence, assault, mental health, vulnerability, seduction, and isolation; but it is also a portrayal of community, change, culture and female bonds. It’s a clever, beautiful, raw and very memorable production of a truly timeless classic, and really is unmissable.

A Streetcar Named Desire is at Nuffield Southampton Theatres until the 31 March and returns in from the 5th-16th June after touring the UK.

To find out more, visit the NST website or the English Touring Theatre’s pages.

Note that there is an age guideline of 14+.

Disclaimer: I was invited to review this performance, but as always all views are honest and completely my own. All images are courtesy of NST and credit to The Other Richard.