It’s the most wonderful time of the year: Pantomime time!

I adore pantomimes. They always hold a special place in my heart and remind me of magical childhood Christmases.

But just because I’m now all grown up, it doesn’t mean I have to miss out! The beauty of the pantomime is that it’s a night out for all ages; cleverly disguised saucy puns fly over kiddies’ heads and leave us oldies roaring with laughter, and I still love to boo and hiss when the baddies enter stage right.

It comes as no surprise, then, when I was invited to see this year’s Mayflower Theatre pantomime, I couldn’t say yes fast enough!

This Christmas, the Mayflower Theatre presents the classic tale of Snow White and the Seven Dwarfs, with an absolutely marvellous cast. Craig Revel Horwood dons the crown of the evil panto dame, Queen Lucretia, and Barry and Paul – yes, the Chuckle Brothers! – are the hapless henchmen. Flawless also make a guest appearance as the Queen’s Men.

I couldn’t wait to see what they’d do with this family-favourite fairytale, and settled down on Monday night with wine in hand, ready for a night of classic, chaotic fun.

The magic began with a bang – quite literally! Thrown straight into the action, we encountered magical creatures brought to life with stage wizardry, classic panto puns, amusing local references and many loveable characters.

We all know how the story goes, but what was the performance itself like?

Craig Revel Horwood and the Chuckle Brothers really stole the show. Craig was FAB-U-LOUS as Queen Lucretia, stalking the stage in outrageous outfits, on the prowl for Prince Charming and tango-ing like a pro. Craig’s voice was amazing and he really got into character; his dancing-in-heels skills left me green with envy and he really shone as the baddy we all love to hate! 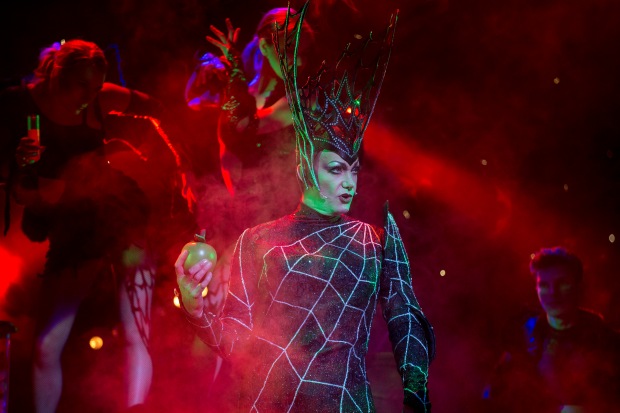 Barry and Paul were hilarious. I confess I was a little dubious about this pair; I was worried that their act may have dated and wouldn’t suit a modern show. How wrong I was!! The Chuckle Brothers’ slapstick humour and skits were perfect for panto and had us all laughing non stop. A particular sketch with a cucumber was utterly side-splitting and their fun was contagious. They were a brilliant choice and I always looked forward to their scenes.

It sure sounds like a lot of fun to me…to you, to me, to you! 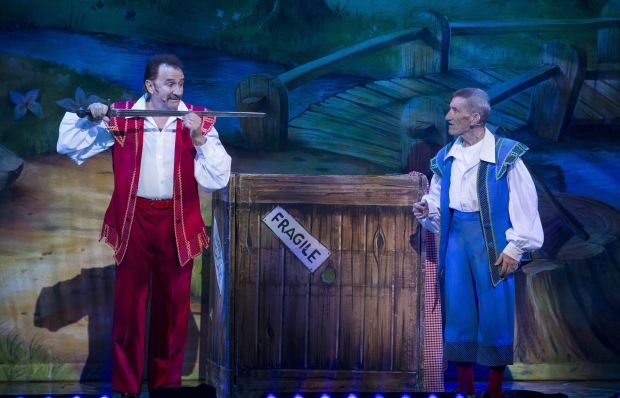 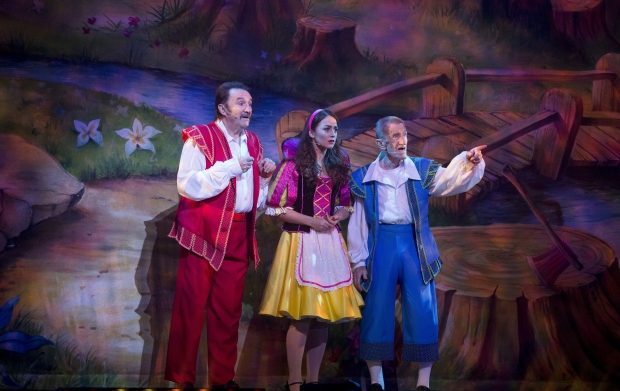 In fact, I personally felt there was little focus on the show’s lovely couple, Snow White and Prince Harry of Hampshire! Unlike some other pantomimes I’ve been to, the titular characters weren’t on stage as much as you’d expect, but it didn’t detract from the show at all; in fact, it was fast-paced, cringe-free and well-balanced.

When Snow White – played by the beautiful and talented Charlotte Haines – and Prince Harry – the rather dashing Oliver Saville – were on stage, they were the classic fairytale couple, and the Prince’s dance with Queen Lucretia in the first half was brilliant.

The Seven Dwarfs were very entertaining too, with clever costumes that ensured they were short on stature but not short on laughs! I especially enjoyed the puns and jokes, and each individual character really stood out.

Sporadic appearances from Flawless were…well…flawless! I could see children dancing in their seats when the team worked their magic on stage, and I think it’s safe to say they inspired a few little minds that night!

Oh, and what staging! Giant flying dragons with glowing eyes, evil bats carrying wicked witches, pyrotechnics and glitter balls galore, and a fantastic magic mirror; it was a spectacle and a half. Things have come a long way since I was watching pantomimes aged five – no more clumsy cow costumes!

I know if I was a child watching this show, I would be utterly enchanted. As an adult, I thought it was very clever and visually stunning. I was really impressed. 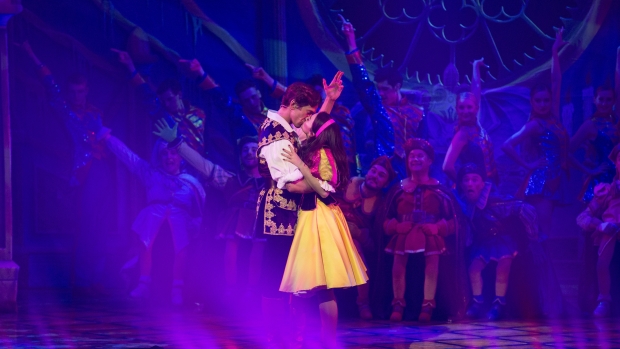 The Mayflower Theatre’s pantomime this year is a Christmas selection box of colour, fun and magic and was everything a pantomime should be. It will have adults and kids laughing and shouting as loud as each other, and is the perfect way to celebrate this festive season.

If you’re looking to visit a land far, far away, or want to reminisce about once upon a time, allow Lucretia, Harry, Snow White and their seven stumpy pals to whisk you away for an hour or two.

It’s Strictly marvellous, and I give it a solid ten for its Cha-Cha-Charm!

Snow White and the Seven Dwarfs is on at the Mayflower Theatre, Southampton until 7th January. Book your tickets now.