The last time I wrote a Monthly Muses update, listing all of my favourite things, was just before the UK was locked down, in mid-March.

Since then, our consumption of media and culture has dramatically changed. In some ways, I’ve been watching more, eating more, and reading more; but this has all been within the confines (read: safety) of my own home.

When normality first ground to a halt, I intended to share everything I watched and read on a Twitter thread. That idea quickly got dull (and the interaction I got was pretty weak) so I gave up after a month.

While I’m pretty sure we’ve all been watching pretty much the same things, I still want to share the things I’ve been watching on the off chance you might find something new!

In the absence of recent Monthly Muses posts, I wanted to separately summarise as many of my Lockdown Likes as possible – starting with TV.

This isn’t an exhaustive list, and I’ve probably forgotten a few shows, but here are some of the TV shows, films and theatre screenings I’ve been enjoying during lockdown. 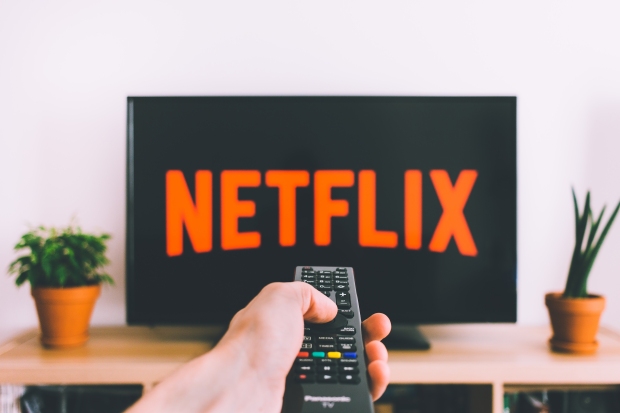 What I’ve been watching in lockdown

Too Hot to Handle (Netflix)

I don’t watch Love Island (partly because I don’t like what it does to your body image, and partly because I know I’d be hooked within minutes) but I couldn’t resist this show. At first, I started it ironically, with the intention of having a giggle; but it turned out that it’s a really rather fantastic series that goes much deeper (oo-err) than just sex.

The series covers mental health and emotional vulnerability, and even learning to love your yoni (…just watch it.) It’s fairly refreshing for a reality show, and feels like the growth of the contestants could really be genuine. I’d recommend this if you are missing your Love Island fix this summer!

Schitts Creek quickly became one of my favourite ever shows. It starts slowly, and you’re not quite sure about it at first – but at the end of the first season, you find that you’ve been well and truly sucked in. I’m not sure I’ve ever felt such affection for characters of a sitcom. It’s a brilliant, witty, beautiful show, and it’s infinitely quotable (even if you’re just trying to recreate Moira’s distinctive accent). Add this to your TBW list if you haven’t already – I love that journey for you.

We started watching this early on in lockdown, so Rhod’s welsh tones were the unexpected soundtrack to the first few weeks of Being Inside. The first episode we saw – which shared the work of carers – was particularly poignant and emotional considering the circumstances, and the rest of the series (we’re still making our way through!) has been highly entertaining with some important messages mixed in.

The National Theatre was so generous with its at-home streaming options. For a long time, we made a thing of Theatre Thursday, getting a nice takeaway and settling down for the latest show. I loved Twelfth Night and Frankenstein in particular, as well as One Man, Two Guvnors. I’ve seen a few NTLive screenings in cinemas in the past, and they’ve started up again, so we can still get our socially distanced fix now that online showings have ended.

I was lucky enough to get a spare ticket to watch work_from_home from my partner. This show was the ultimate lockdown theatre experience: Zoom, home offices and trending live streams were all featured, and the audience became the cast (which was brilliant, albeit a little terrifying). I reviewed the show in detail, if you want to find out more.

Having read – and adored – the book by Celeste Ng, I was excited when the TV adaptation of Little Fires Everywhere appeared. It’s a slow burner (sorry) but I was swept in the more I watched and thought the casting was excellent – Kerry Washington is amazing.

We were blown away by these two smashing three-part series from the BBC. Both brilliantly acted, both gripping, and both opened our eyes to the human stories behind two very different scandals. I found The Salisbury Poisonings particularly moving.

The BBC has outdone itself over the last few weeks! This is another ‘of-its-time’ show, featuring the marvellous David Tennant and Michael Sheen slowly being driven round the bend by lockdown, and attempting to rehearse over Zoom. It’s a grower, but it’s definitely worth it.

The Incredible Jessica James was a hidden gem. It’s not a story that’s completely new and ‘out there’, featuring breakups, aspiring artists hitting hard times, awkward hookups and navigating family differences. But this still feels new. It’s understated, and Jessica Williams is wonderful in the lead. I am also a big fan of the feminist ending (don’t worry, no spoilers!).

This is definitely a Marmite show. For avid fans of Eurovision, this will be a kitsch-filled joy; for those who loathe the tradition, it’s probably one to miss. Despite a few inaccuracies (why the presenters of the competition are not Scottish, when the show is being hosted by Edinburgh, I don’t know) it’s fun, ridiculous, and a great escape from the seriousness of everything at the moment. It also fills the Eurovision-sized hole in our lives this year and offers a cracking soundtrack. Jaja Ding Dong is well on its way to being our tune of 2020.

Hunt for the Wilderpeople (Now TV)

One of our first lockdown films, this was an unexpected favourite. I loved it. It’s moving and warm-hearted but quirky, and a real distraction from the pandemic. Now I need to watch some more of Taika Waititi’s films.

This was a no brainer. I loved the book, and loved this adaptation. The acting is superb and the rawness of some of the scenes blew me away. The team behind this show have translated Sally Rooney’s tone perfectly onto the screen, and of course, I fell in love with Daisy Edgar Jones’s wardrobe and fringe. Not so much Connell’s chain though. I’m not sure I get the hype.

This is a strange one. Unnerving, curious, complex and a little far fetched, but just realistic enough to imagine it really happening, DEVS is about sinister goings-on in a tech company in America, and the extreme lengths one man will go to reach his goal.

Of COURSE I watched Hamilton. I got Disney+ especially. I’m so glad this show lived up to the hype and I can only imagine what it’s like to see it in person. I’m pretty much addicted to the soundtrack now, mainly because of the words and the rhymes and the poetry of it all. It’s incredibly clever.

It feels like ages ago since we watched The Nest, as it was one of the early series; but this is gripping and highly stressful to watch (the sign of a good drama, in my opinion!). More excellent acting, and some brilliant plot twists.

I watched this production from local IOW theatre company, Horse Box Theatre Company, on YouTube. The Girl’s Guide to Saving The World offered a brilliant navigation of feminism, relationships, and careers with some excellent acting – especially considering it was directed and filmed in lockdown. Some things were hard to watch (spoken references to sexual violence and assault, and unwanted male attention) but that just made it all the more impactful.

An unusual but riveting show. This is an education in parts, as well as being intense and emotional. It’s like nothing I’ve watched before and I was hooked; definitely one of the best things I’ve seen on Netflix. I’m also a fan of the length of the series; not too long, not too short. Just right.

This was another early show for me. It’s a heartwarming but thought-provoking exploration of relationships, addiction and sexuality, coated in classic British black comedy – all wrapped up with a cracking cast.