[Disclaimer: this post involves gifted tickets, but thoughts and experiences shared are entirely honest, unbiased and my own]

Since moving to Southampton a decade ago, the city has continually impressed me and has come on leaps and bounds in terms of its cultural offerings.

It seems that in the last few years, it has finally started to discover itself, with the emergence of the vibrant cultural quarter, the expansion of Nuffield Southampton Theatres, the revival of the John Hansard Gallery, and so many events embraced. Pride, anyone?

Now, another jewel has been added to our city’s treasures.

The ancient God’s House Tower is the latest addition to Southampton’s cultural scene, and has had fresh life breathed into it by a space arts. After the £3.1million regeneration project began in 2018, GHT has finally opened it’s heavy, wooden doors to the public, ready to be rediscovered and re-loved. 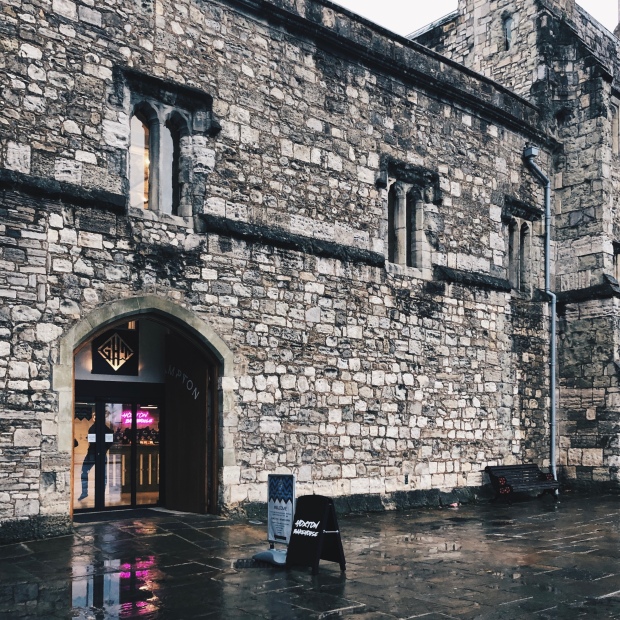 The Sotonbloggers were invited along by Dan Crow, Director of a space arts, and his team to explore this new venue in its first few weeks, and I was lucky enough to join them for this press event. I could not have been more excited to finally see what the team had been up to over the last few months, and what had been hiding behind the building site fences!

GHT is steeped in history; 700 years of history, to be exact. Having been built around 1280, it’s had many incarnations and predates many of the town’s ancient walls. It was Southampton’s main defence against war and invasion before it was turned into the city’s gaol, which existed until less than 200 years ago. Many locals will remember the building as the archaeology museum, before that also closed in 2011. Now it has entered the next stage in its life, and what a makeover it’s had!

I won’t give away too much, or it’ll spoil your visit – but let me give you an idea of what to expect.

Our press evening began in the cafe of the tower; a great little space perfect for a cuppa, or a coffee and cake from the marvellous Hoxton Bakehouse, who have moved in to spoil us all rotten. I am delighted to have yet another new cafe to haunt, especially since they also serve wine in a can (yep) and locally brewed beers.

Speaking of which, the cafe is also home to the shop (all good galleries and museums need a shop) which offers goodies from local artists and creatives – including creations from my friends Amy Harwood and Oli Knowles. I have already made a number of purchases, and am finding it hard to resist making more.

This place is clearly all about supporting and celebrating Southampton’s community. 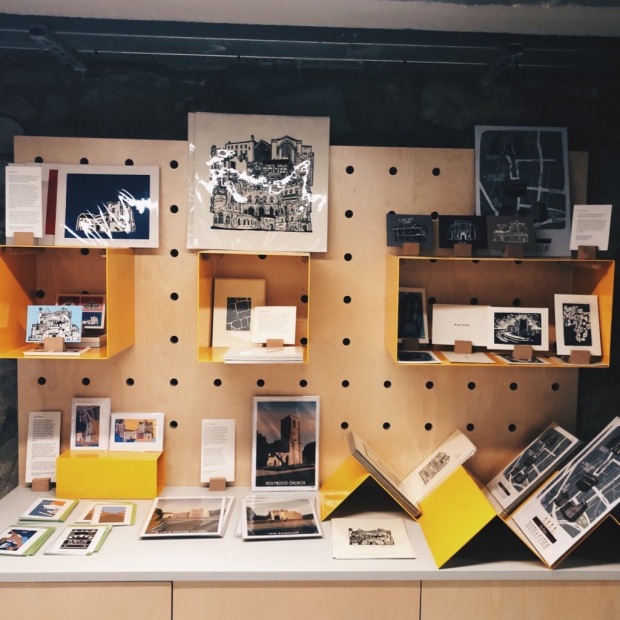 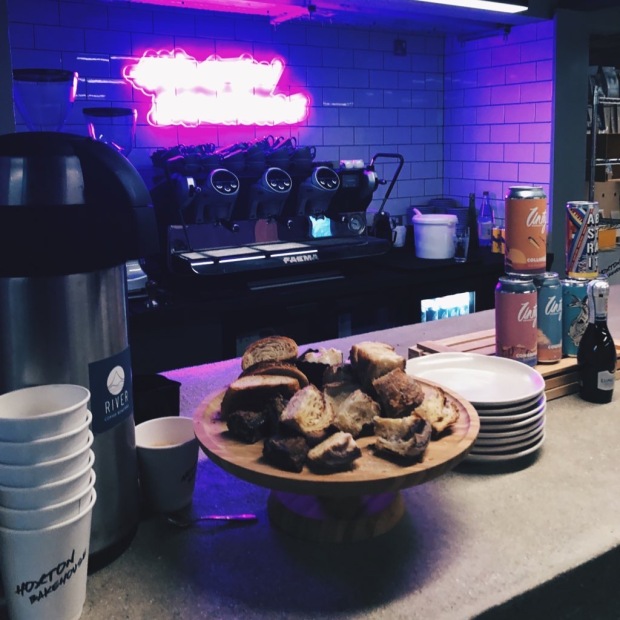 From the cafe, you can find a small library space filled with donated books on the local area, or head up to explore the history of the tower itself;  four whole floors housing the ghosts of GHT’s past.

On the first level, Stories Behind The Stones begins. There’s an impressive homemade model of the city as it stood in the 1600s, complete with a fascinating animated projection which explains the origins of the tower and the role it played in defending our walled city. It’s amazing to see how much the city has grown.

Head upstairs, and you’ll meet a few of the gunners who manned the tower and defended its walls; the level of detail and care put into sharing these stories is so impressive. This particular section of the museum is ideal for little ones, with wonderful illustrations by local artist Martin Davey – who also created artwork for BBC’s Upstart Crow!

Wander up the next flight of stairs to discover the darker side of the tower; the gaol. Here there are details of the prisoners who had the misfortune of calling GHT their home, and for some pretty minor crimes (by today’s standards!). There’s even a neon sign which takes a notice from the gaol’s outside walls and lights it in the handwriting of one of the prisoners inside; eerily beautiful, and very clever indeed. 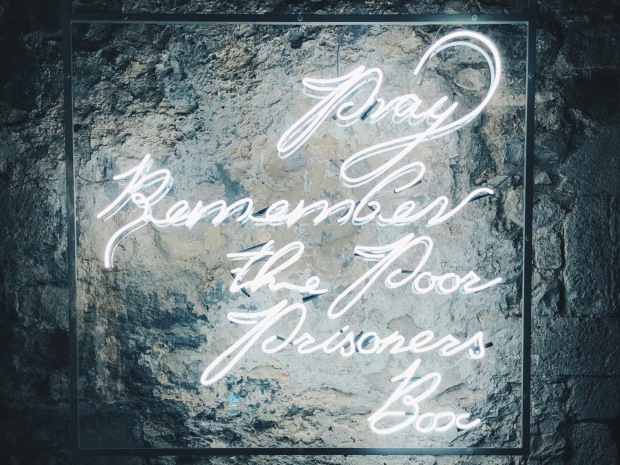 If you’re brave and good with heights, you can venture to the roof; a great way to view the Old Town, as well as the docks, the edges of Oxford Street, and the ferry terminal. Our city may be industrial, but it’s saturated in history and stories, and I think it’s really rather stunning. 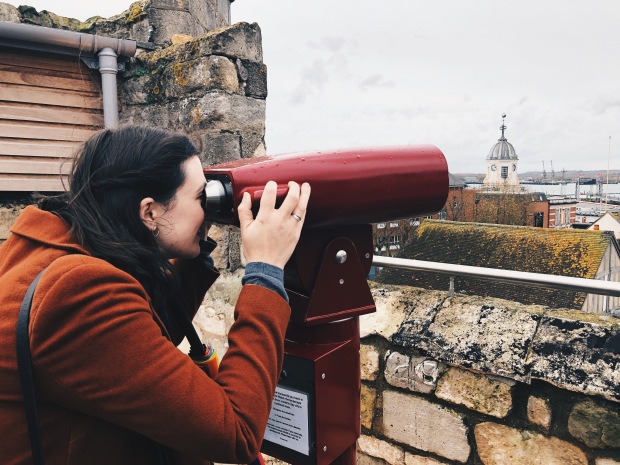 Looking out from GHT’s roof

The tower is not just a museum; there’s art, too. You can catch Keith Harrison’s Bloom and Kane Applegate’s Transition until January 2020. Both artists use materials in entirely different and surprising ways. The Crawford Room, which houses the latter of the two exhibitions, is the oldest room in the tower and is striking in its own right. 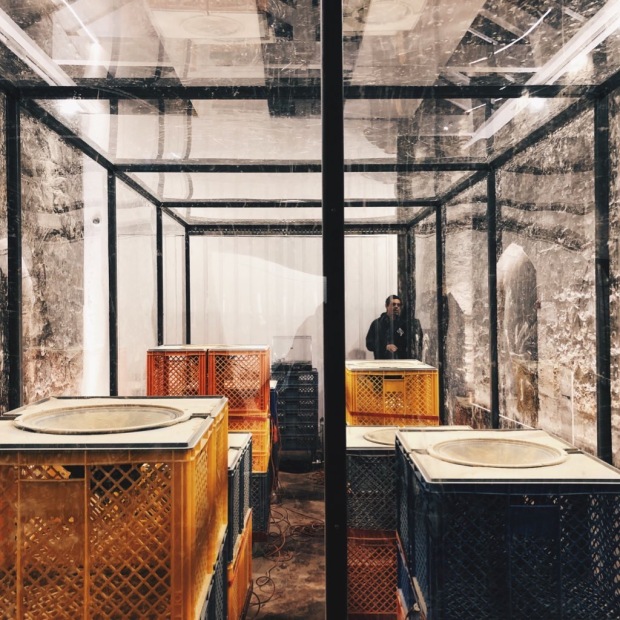 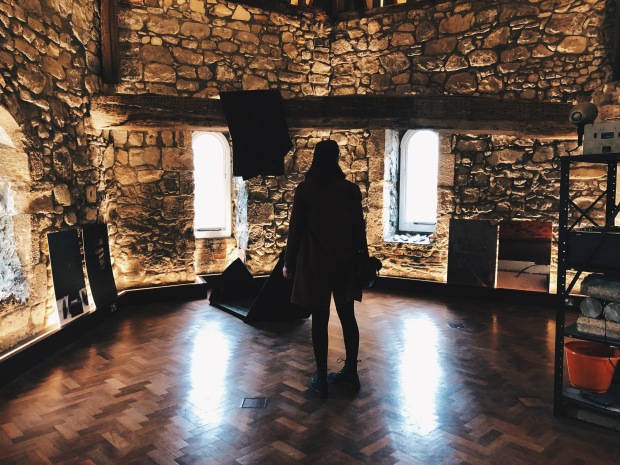 Transition in The Crawford Room at GHT

At the moment, you can also see three beautiful images of Southampton in the form of the Moonlight Pethers; a trio of artworks from the nineteenth century which have been united for the first time.

There is an awful lot to take in, and having a private tour of the new venue was really very special. I told the team at GHT that night that I’d be back a hell of a lot, and I wasn’t lying; I’ve been to visit three times in the space of a week!

Not only is this place educational and impressive, but it’s incredible value for money, with free art exhibitions and a ticket that grants you access to the Tower for three whole months for just £5.

I can’t imagine I’ll be tired of seeing the current exhibitions, but I am also very excited to see what else is shared in this space in the future.

GHT is also a great little events venue too, hosting live music, poetry workshops, in-conversation evenings and art sessions. It’s a great local community space and I’d love to see plenty done with it. In fact, I think it would make a great place for a poetry performance event or two – hint, hint!

Throughout our visit, Dan and Rachel (the Comms & Marketing officer at GHT) taught us so much about the hard work, passion and sweat that has gone into this new venue – and it really shines through. Visiting this space has made me even more proud to be an honorary Sotonian.

GHT is a wonderful example of community spirit and support; the team at a space arts have opened up a slice of local history at accessible prices, and are breathing some life back into an almost-forgotten part of our city.

Thank you so much to the GHT team for inviting us along for a great evening, and for bringing an ancient and exciting cultural space into the twenty-first century. 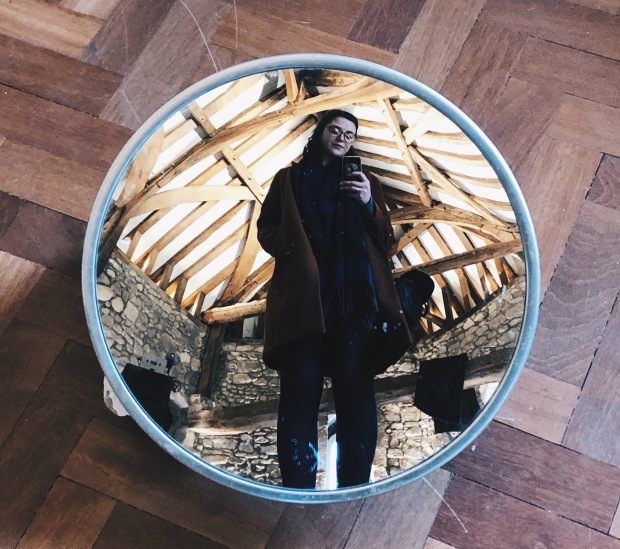